The provincial government wants to build a highway connecting the 404 with the 400, which would pass on the northern side of Bradford and run through a portion of the Holland Marsh.

The above photo was taken by Jeff Laidlaw.

2008 – Highway is not included in the Growth Plan.

2021 – EcoJustice requests the federal government conduct an analysis of the project under the Impact Assessment Act.

2021 – York Region Council votes to send letter to the federal government stating its support of construction of the highway.

2021 (March) – Bradford ByPass is mentioned in the provincial budget in section outlining money to be spent on highway construction and maintenance.

2021 (October) – Bypass is exempted from the requirements of the Environmental Assessment Act.  The government says this will help “ensure appropriate environmental protection.”

The provincial government is proposing a highway that would connect the 404 with the 400. The proposed route passes along the northern edge of Bradford, and through portions of the Holland Marsh.

Increases Car Use in Climate Crisis

Runs through the Greenbelt

Why is it a concern?

There are a number of major concerns with respect to this project:

The province would allow so-called “early works”, which include bridges, so proceed before key studies on the impacts they might have on wildlife are completed. This is putting the cart before the horse, to use a well worn analogy, and in effect is saying that the project will proceed regardless of the outcome of studies. This is the opposite of evidence-based planning.

The Environmental Assessment the project is using was done 23 years ago, before the two major land-use plans in the area, the Lake Simcoe Protection Plan and the Greenbelt Plan, had been created.

These plans exist for a reason. The Lake Simcoe Protection Plan is intended to enhance and protect the health of Lake Simcoe, and the Greenbelt Plan delimits lands to be protected from urban growth, which is most often in the form of sprawl.

Basing a project on an EA that pre-dates these plans, such that the concerns these plans address aren’t taken into account, effectively nullifies them.

Further, the EA was contingent on the completion of further studies, including archaeological assessments, stormwater management, hydrological systems, noise, and compliance monitoring. The province is proposing that the highway be exempted from these additional studies.

Issues of concern that are have received support from necessary levels of government and are currently being implemented.

Issues that have the support of the municipality but are waiting on approval from the province or another entity.

Issues that have been proposed but have not yet received the support of the municipality.

Issues of concern, such as MZOs, that have been denied by the province but that are still progressing at the local level.

Issues that have been successfully resolved.

The proposed route is anticipated to negatively impact high quality woodlands, the Holland Marsh, Provincially Significant Wetlands, and significant wildlife habitat. These are the direct impacts.

There are additional, and perhaps far more significant, impacts that will result from building infrastructure that enables an increase in single vehicle car use.

At a time when we are facing a climate emergency, when it is becoming increasingly clear that our inability to address it is leading us towards a worst case scenario, continuing to base our communities around a reliance on cars as the primary mode of transportation is extremely irresponsible.

All major infrastructure projects – all publicly funded projects – should require a full climate change assessment. It could not be more clear that the public interest is directly tied to addressing the impacts of climate change, and accordingly no public money should be spent that exacerbates the crisis. This project profoundly misses that mark. 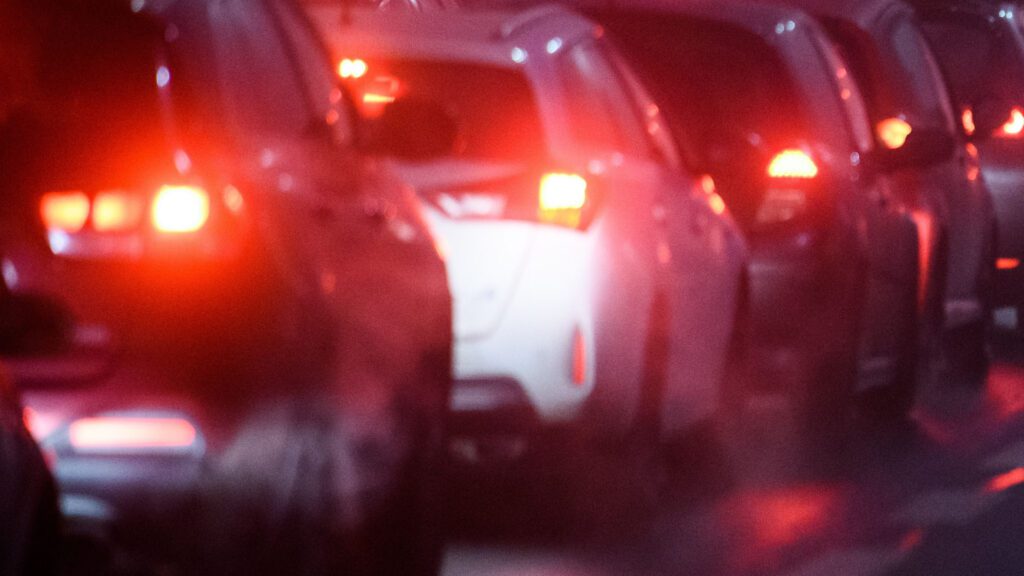 Furthermore, there are consequences to communities built around cars that aren’t as evident, including costs associated with the health impacts, such as from lack of exercise due to reliance on cars rather than walking and cycling or from the more direct consequences of car crashes and related injuries.

It is also likely that there will be economic impacts to the town, with development being drawn toward the highway and associated traffic, and away from the downtown. This form of development is most suited to larger commercial operators, and the jobs offered often pay less than what a smaller, locally based business provides.

This development pattern has been repeated just about every time a highway has been built near a town, and it can seriously impact the ability of local businesses to remain viable.

One of the main argument proponents are making in favour of this project is that it will reduce commute times. It is highly unlikely this will be the case in the long term. Evidence shows, repeatedly, that building and increasing car infrastructure does not ease congestion, rather the opposite happens. This is known as “induced demand.”

Basically, induced demand is when the increased capacity of a road leads to increased development along the road and increased use of that road. Think of what happens with Waze and the alternate routes it shows drivers to help them get around heavy traffic – before long those alternate routes become clogged themselves.

For a more detailed explanation watch the video below.

With induced demand what we will end up with is over a billion dollars spent (which could otherwise be spent on enhancing transit options such as the GO line), increased sprawl, and increased congestion. In other words, after all has been said and done it is highly likely that we will find ourselves confronted with the same dilemma, though with a greatly degraded environment.

Finally, the costs associated with car dependant communities1Report – The Unbearable Costs of Sprawl (Congress for New Urbanism)2Report – Suburban Sprawl: Exposing Hidden Costs, Identifying Innovations (Smart Prosperity Institute)3Report – The High Costs of Sprawl (Environmental Defence) – the key characteristic of sprawl – are higher than those associated with complete, walkable communities. This cost is passed on to taxpayers.

How Can You Get Involved? 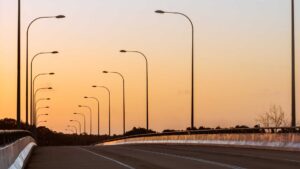 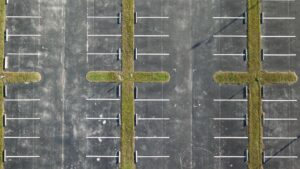 We’ve been dealing with losing our natural spaces and farmland to sprawl in this region for a long time. It’s been the main way we’ve grown our communities for decades, and we continue to do so, even though it’s outdated and extremely wasteful, today.

My primary concern is that the Provincial Government is relying on a decades old Environmental Assessment Approval to build this highway.  MTO is now only conducting a Class EA study. This is not a new full EA study, but rather a continuation of the original, decades old, EA approved highway route. This new study is essentially a detailed design of the route approved in the original EA Approval.

Class environmental assessment studies are only permitted under the Environmental Assessment Act where there is a pre-existing, inactive, but still valid, Environmental Assessment Approval for the project. Given that the previous Liberal government abandoned this project, in or around 2006, it is likely the original EA approval is now invalid if for no other reason than MTO defaulted on the Conditions of Approval for this project.  However, under our current government, as we have seen with Ministerial Zoning Orders, if anything gets in their way, such as an out-dated EA Approval, they will enact retroactive legislation to “fix” the problem.

Two MTO staff members gave a presentation to the March 18, 2021 York Region Council special meeting. They provided presentations for both the Hwy 413 project and the Bradford Bypass. They assured council that they would be following all statutory requirements and provide proper mitigation measures wherever appropriate. When asked about the Ministry of Environment Conservation and Parks’ proposals to “streamline” the provisions of the Environmental Assessment Act for both the Bradford Bypass and Hwy 413, their response was essentially these are just proposals, “you will have to ask MOECP about these”.  Likewise when asked about the Ford government’s stated intention to start building bridges before completion of the studies currently underway, only an evasive answer was provided.

MTO’s representatives appeared to alleviate the concerns of many councilors by assuring them that there would be ample opportunities for public consultation. What MTO’s representatives did not say is that the consultation will be with respect to the design and mitigation measures they are proposing in their current study. Major issues, such as Need and Justification for the project, Alternative Solutions and Study Areas will not be on the table because these were addressed in the original EAS nearly 24 years ago

What MTO refuses to acknowledge or even consider is that, over time, circumstances have changed. There are now alternative solutions and public climate change policies that will likely overrule these decades old Need and Justification findings. A key example is the Barrie Go Train now handles the bulk of the travel demand originally relied upon to satisfy the Need and Justification statements in the Bradford Bypass 1997 EAS.

A fresh, unbiased, full environmental assessment for both projects is the only way to properly comply with the Environmental Assessment Act and satisfy Ontarians that whatever solutions are ultimately chosen and implemented, are indeed necessary and have the least possible negative impact on the environment.

I provided York Region Council with a narrated PowerPoint presentation concerning my above mentioned concerns. A video of this can be seen at: https://photos.google.com/photo/AF1QipMY7FsOqajuhkSz4vELHSMrlOD6PioQrAOboab8

Thanks, Bill! Hey, just a thought, any interest in writing a guest post on this?

As I see it, this is nothing less than Doug Ford spending taxpayer money to enhance the profits of developers who want to build on farmland from Bradford all the way to Barrie. Ford has just used ministry orders to allow a developer to build a new project in Innisfil. Anyone who thinks it will be a good idea to allow this bypass should be forced to drive from Newmarket to Toronto on the 404 at 7:00 A.M. every work day for a month and then imagine the extra traffic this bypass will cause. Even the extra lane being built on 404 will not help. Since Ford has come in to office he has been laser focused on 3 things. 1- Giving the City of Toronto anything they ask for. He forgets that Ontario extends beyond the 416 area code. 2- Catering to the wants of developers and 3 – for some reason, wants beer and liquor in every corner store. The taxpayers of Ontario would be better served enhancing GO Train service instead of this unnecessary road. There needs to be an alternate route from Bradford to Newmarket because 1 incident on Hwy 11 that causes the road to close is a disaster, but not this. Remember, the Province of Ontario has the highest debt of any non-federal government on the planet.