Low density development on greenfields or elsewhere is a net cost to society and should be curtailed accordingly. Strategies should be developed and implemented to account for and to factor into decision making the actual cost of sprawl, reflecting its negative impact on the environment, on the social fabric of our communities and neighbourhoods, on our physical health, and on our political economy.

First, as members of the Ontario Greenbelt Alliance (OGA), we support their submission on this consultation and have included their recommendations at the end of this document. In addition, we feel there are unique concerns that our constituency has with the proposed changes, which demand a Simcoe-specific response.

With our 35 member groups from both urban, rural and semi-urban communities, we aim to promote community development that is financially, environmentally and socially sustainable, such that provides a net benefit to residents. A major part of this is to recognize the value that natural heritage, agriculture and water gives to our communities, including the numerous benefits and co-benefits of ecosystem services. Ensuring the people of Simcoe County, and Ontario broadly, continue to receive these benefits requires an approach to land use planning that is evidence based, transparent and accountable to the public, and with full consideration of the long-term impacts that communities will either have to deal with or benefit from.

Low density development on greenfields or elsewhere is a net cost to society and should be curtailed accordingly. Strategies should be developed and implemented to account for and to factor into decision making the actual cost of sprawl, reflecting its negative impact on the environment, on the social fabric of our communities and neighbourhoods, on our physical health, and on our political economy.

For Simcoe County, including Barrie and Orillia, the proposed density and intensification targets effectively continue the status quo approach to long term growth planning. Simcoe County would be allowed to keep the intensification and density targets that were established under alternative targets given for its 2008 Official Plan. These changes beg the question – what is the vision that the province has for the communities of Simcoe County? Is it a political vision, changing according to the whims of the government of the day, or is it evidence-based planning, utilizing established best-practices done with the best interests of the public in mind?

Currently, low density sprawl dominates Simcoe County. Densities around the county range from the 50 ppl/hectare to well below that in some of the more rural communities. We know that greater densities are needed to support transit and move communities away from car dependency – a development pattern that is costly, inequitable, unhealthy and results in high carbon emissions. The Ministry of Transportation’s own guidelines for building a transit supportive community suggests that to provide basic bus service, a minimum of 50 people per hectare is needed, otherwise the transit service is inefficient and difficult to sustain economically. Even a bus service supported by 50 people per hectare, such as in Barrie, isn’t the kind of transit that is widely available to all residents or allows enough reliability and flexibility to shift transportation patterns away from single vehicle use toward more efficient modes of mass transit.

The proposed “status quo” targets literally cement a development pattern that increases pollution, inequity and municipal debt for the long term. Simcoe County’s population could increase 96% by 2041 from 2011 level. As Hemson Consulting outlined, this could mean that our region could see as many as 900,000 residents by 2041 with Barrie alone growing to 253,000 people. So how we encourage growth in Simcoe County cannot be predicated on how we’ve grown in the past, but rather needs to be based on how we should build communities of the future. We would prefer that the province recognize the growth that Simcoe County will be facing and help support and usher in policies that ensure this growth is not a burden on our future economy.

If the province allows the proposed targets to stand, and allows Simcoe County communities to build mostly as they have for the past few decades, a pattern of growth will proceed that values development of spread out lots with single-detached homes with larger lawns over the preservation of farmland, more expensive road and water infrastructure over ecosystem services, longer commutes and higher fossil fuel emissions over active transportation, increased inequality and poorer health outcomes over a healthy economy. This will negatively impact our economy by reducing our ability to rely on the many benefits provided by clean water, farmland, and green spaces. This effect could be seen clearly over one decade ago as outlined in the Intergovernmental Action Plan (2006):

“Unique growth and development challenges exist in Simcoe County and the Cities of Barrie and Orillia (study area). South Simcoe and Barrie, in particular, are experiencing increased development pressure, and are expected to continue to have rapid growth. A number of the municipalities in the study area rely on inland water systems which have been demonstrated to be under strain (for example the Lake Simcoe watershed has known issues as a result of phosphorous loadings). Without intervening action, the available potable water and aquaculture of these watersheds are threatened.”

This quote has aged well and could easily have been written today instead of over one decade ago. The effects of ill-managed growth continues to wreak havoc on our water systems.

The impacts are also seen in our loss of farmland and greenspace. According to Statistics Canada, Barrie’s footprint grew 550% over the past 40 years mostly gobbling up farmland and semi natural space for a total loss of roughly 150 km2. Neptis Foundation determined that from 2006-2012, Simcoe County zoned 13,000 hectares of green space (mostly farmland) to designated greenfield areas – the most in the Greater Golden Horseshoe. This despite the fact that they were experiencing a fraction of growth compared to York, Waterloo and Peel and with an existing oversupply of land for development. Under the current proposals to the Growth Plan, this pattern of low density development will continue. Unbelievably, it is proposed to continue while we know that the province loses hundreds of acres of farmland per day to development; while Lake Simcoe struggles to assimilate urbanization to the detriment of its ecology and dependent industries; while we know that the assimilative capacity of the Nottawasaga River has already been maxed and while Simcoe County already sits on an excess amount of land zoned for development and employment.

Rounding Out and Settlement Area Expansions

Allowing “rounding out” of rural settlement areas and allowing for settlement boundary expansions up to 40 hectares outside of an MCR – even if a municipality has an excess of lands – does not promote efficient use of land, nor does it prioritize intensification, which is a more efficient and equitable way to grow.

We would like to know the policy rationale for these suggestions. What is the cumulative impact on our communities, many of which are already financially unsustainable, in almost inescapable infrastructure deficit, low growing or experiencing population loss? How is loosening the proper growth management policies and resulting investments in new infrastructure going to help already struggling communities?

Settlement Area Boundary expansions should not be undertaken lightly. As the footprint of the community grows, the density lowers. As we’ve mentioned earlier, this means that servicing the community becomes more expensive, including transit and infrastructure maintenance and repairs. Moving away from evidence-based planning is not necessary and hurts the long term success of communities.

Lorem ipsum dolor sit amet, consectetur adipiscing elit. Ut elit tellus, luctus nec ullamcorper mattis, pulvinar dapibus leo.aWe recognize that there is more than metrics and numbers when building strong communities that meet the needs of citizens. Our goal is not to be anti-development, rather we seek to encourage community development that meets the needs of the community. This should be the primary objective of all levels of government when they look at planning and development.

Other Ideas to Increase Housing Supply and to Create Stronger Communities

Remove parking minimums for developments. Parking minimums should also not be a mandatory component for infrastructure projects such as hospitals or schools. Parking minimums force more space to be used than necessary and add to the cost of housing.They also severely limit the ability of businesses to expand, and for new business to emerge in urban downtown areas. For infrastructure projects, it requires a large footprint that is generally not found within city centres thereby forcing new hospitals or schools to move to the fringes of a community. This only encourages sprawl and moves services away from people who need it.
Consider hard urban boundaries for all towns and cities within the Greater Golden Horseshoe. Use existing municipal mapping to determine the boundary.

Expand the Greenbelt over areas of hydrological and ecological significance. This would ensure that those areas are protected while putting boundaries delineating where growth can and cannot go. This helps achieve balance between the places we can use to grow and the places we need for our current and future health and prosperity.

Increase data gathering to understand the effectiveness of the Growth Plan. This will allow for implementation and future policy development that is data and evidence driven, ensuring costly mistakes aren’t made and taxpayers realize maximal return. Include data to determine vacancy rates of existing housing, demographics to best prepare for the boomer generation’s exit from the housing market and available land supply that is approved and serviced.

Consider policies that encourage rental development, co-ops and “missing middle” housing. This could be providing DC deferrals so purpose built housing is incentivized.

Link new infrastructure funding to where job growth is projected and give priority to those projects that will support transit, prioritizing infrastructure for active transportation to realize the many co-benefits it provides.

Stop building new highways on greenfield within the GGH and reconsider highway expansions. Redirect funds earmarked for inefficient car infrastructure toward transit, active transit, and more efficient commercial transportation infrastructure projects that help keep people and goods moving. New highways or wider highways have been shown to only induce demand, and eventually gridlock returns to previous levels. Reducing car traffic to ensure goods can be quickly moved on our existing highway network is a more prudent approach, particularly in light of the fact that transportation accounts for the largest share of Ontario’s greenhouse gas emissions, and the necessity of reducing these emissions in the most cost effective manner. Shifting from built infrastructure that prioritizes the use of cars and trucks toward communities that prioritize people and the ecosystems we rely on for our health, well being, and economic prosperity, which is in no way conflicting with economic sustainability, is the only way to create a future for Ontario that we can all equally rely on.

We thank you for your time and consideration of this submission. Please feel free to contact us if you have any questions or comments. Please find attached below, the recommendations by the Ontario Greenbelt Alliance which we fully support.

Margaret Prophet
On behalf of the Simcoe County Greenbelt Coalition

Become a monthly donor and receive one of these limited edition posters signed and numbered by Margaret Atwood! 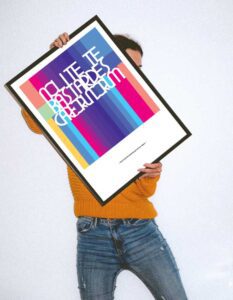 Donors at $40 and above receive a print signed, numbered, and personalized by Margaret Atwood.