SCGC, along with other organizations, has been advocating for a move towards establishing 15-minute communities in Simcoe County before development occurs outside of the built-up area.

What this would mean, in practice, is that existing communities would continue to be developed until residents are able to access basic amenities within a 15 minute walk. Only after that condition has been met would development to expand the community outward be allowed.

Read on below for reason why this makes sense, financially, for our health and safety, and for the environment.

What are 15-Minute Communities?

Many of us live in suburbs because this has been the norm since urban sprawl was adopted in the 50’s. But more municipalities are realizing that this is a really inefficient way of organizing our communities.

Developers give money to municipalities when they build that is meant to pay for infrastructure, but this up-front cost doesn’t cover repairs and upgrades needed later on.

When infrastructure is built in a way that is spread out, like with sprawl, the tax the municipality is able to collect on a per-person basis is also spread out, resulting in a tax-base that is much smaller, or spread out, in proportion to the larger infrastructure build.

Ontario’s current infrastructure deficit is estimated by the Financial Accountability Officer at $52 billion.

Building more efficiently means we can do more

By building in a way that brings things closer together, mixing different elements that we all need, such as grocery and clothing stores, cafes and other local shops, into the same neighbourhoods, we maximize that use-value of the land.

This means, because it’s more efficient, that we can do more of what we want, such as funding public services like transit, building more playgrounds and parks, or funding community centres and theatres.

Sprawl hurts us all in ways that are often difficult to see, and the squeeze it puts on the public, the difficult choices municipalities are forced to make between maintaining a road into suburbia or building a childcare centre is just one example.

Canadians spend an average of $10,000 per year on owning a car. Multiply that by the number of cars your household has.

What could you put that money towards if you didn’t have to drive everywhere?

Would you retire early? Help with your child’s education? Take time to explore the world?

And, there are more benefits...

These kinds of communities improve quality of life and make the places where people live more, well, livable.

As the places we need to go are brought closer to homes, our commutes and need to drive everywhere shrinks. We spend less time in traffic and more time being out in our community, interacting with neighbours, supporting local businesses, exercising and socializing.

15-minute communities are also good climate policy. Low-rise density development produces the least emissions, while sprawl produces the most (with high-rise development somewhere in the middle). This is because these communities require less car and land use, and attached buildings are much more efficient for infrastructure and servicing (especially if this denser development is occurring in already-serviced areas, rather than undeveloped land). With about half of domestic carbon emissions being under control of municipal land-use planning, this is a pretty big deal for meeting our climate targets.

An increasingly popular form of planning

We’ve seen a huge rise in popularity of the idea of the 15-minute community during the pandemic, as many people stopped having to commute for work and were spending more time in their own neighbourhoods. People are realizing what their neighbourhoods were missing and the potential of what they could be.

15-minute communities have the potential to address so many of our current problems with the same planning approach, largely because of the density they require to make things walkable:

In Simcoe County, we’re not all big cities (Barrie and Orillia aside), but we do have Primary Settlement Areas, which are places where the province is directing a portion of population growth that we need to accommodate here. These are the perfect places to embrace the 15-minute community vision.

In existing neighbourhoods, we can introduce gentle density to complete these neighbourhoods and give residents the nearby services that they deserve, while increasing the walkability and sense of community in these places. This means that less additional land will have to be developed and makes the direct and indirect cost (through taxes) lower for residents because it’s way more efficient for servicing costs.

Where new neighbourhoods need to be built, in Designated Greenfield Areas or where an MZO has been approved, these neighbourhoods should be planned as 15-minute communities to give future residents the best quality of life while being the most affordable they can be – for residents and municipalities. If we absolutely need to use more land, we should use it as efficiently, sustainably and cost effectively as possible. Moving towards 15-minute communities improves livability for current and future residents in these existing communities and because they are compactly built, more people can live in these places, so that less people need to move into the more rural areas of the County.

What do you think?

Most of us in Simcoe County are used to larger lots and to getting in our cars to go to the grocery store (and just about everywhere else).

Would you be willing to make the change to more dense, compact communities if it meant that your children were safer, that your health improved, and that you either had more and better public services or paid lower taxes? (I recognize these questions are a bit leading, but some might not be willing to make that shift? I dunno.)

Chime in with your opinion!

The 15-minute community is a great initiative. I’d like to promote this in Grey County.
You have made lots of good arguments in favour of this approach. One I’d like to add is that space saved can be used to sequester carbon in communal spaces. (I like the idea of clustered parking spaces to reduce heat producing pavement.) 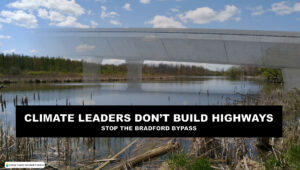 Highways are the gateway drug for sprawl and the Bypass is a perfect example.  Developers own over 3000 acres of land around this highway waiting for the greenlight to destroy more farmland and wetlands.

By building spaces that prioritize equity, diversity, and inclusion, we and setting the foundations for a future that is more sustainable. Sprawl, including vertical sprawl, is not the right way to do this.

finding your place in the story​

I didn’t know what I was in for, but I knew that helping youth get engaged through a grassroots organization was something I couldn’t pass up. This is exactly what I was looking for – a chance to do something in my community. 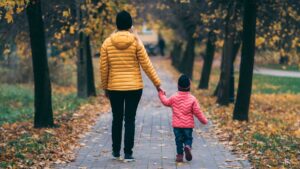 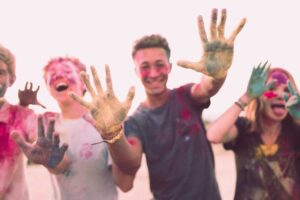 Youth are often left out of the decision-making process, even though the decisions that are made will have the greatest impact on them, shaping their world for decades to come.

We think this should change. Help by sharing your voice, and get engaged!